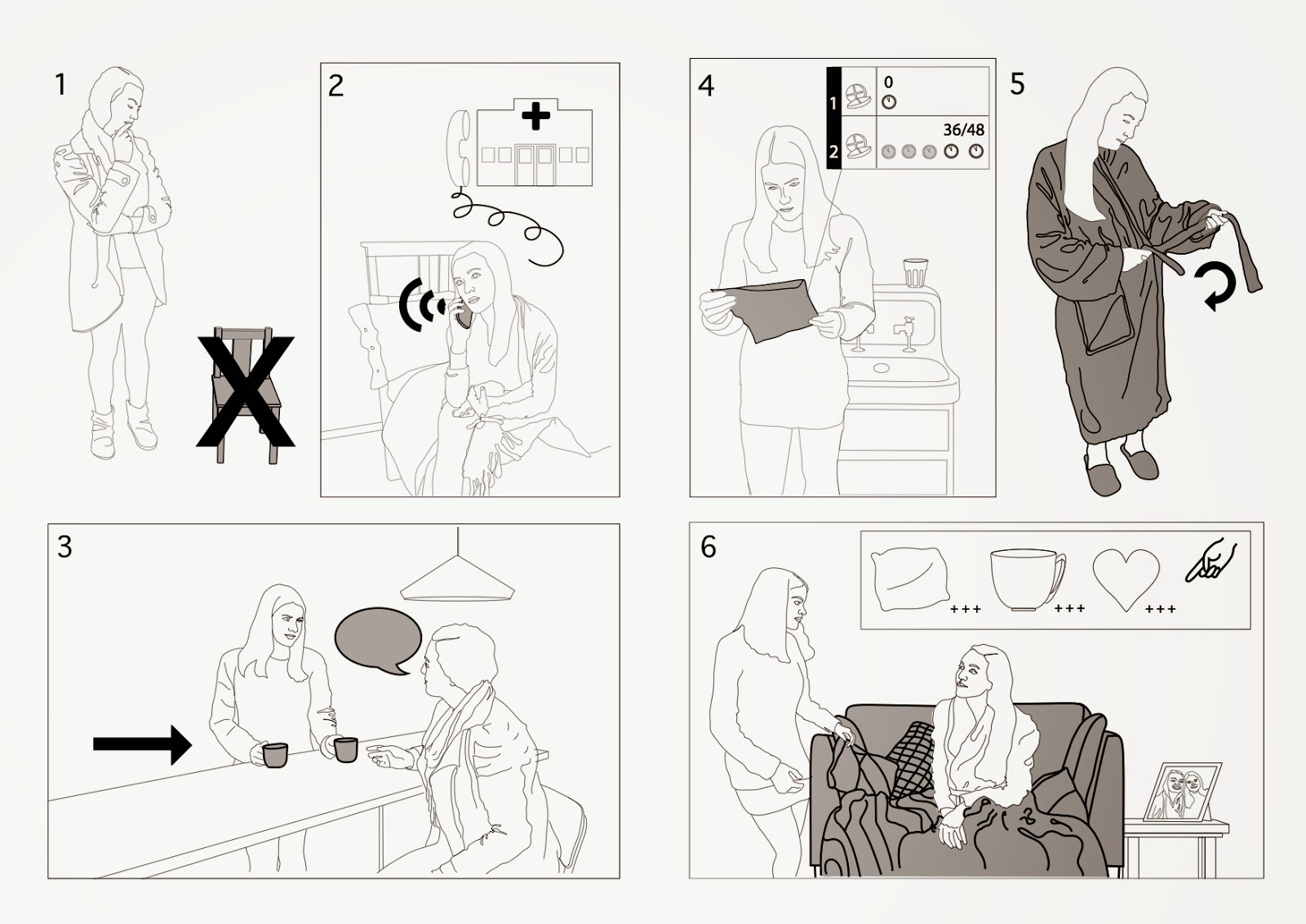 “The goal is to achieve 'democratic design', products that will work in homes whether they are located in Beijing, Madrid or Topeka….We have such a big influence."

Gender equality has long been an ideal of the Swedish Folkhem  or ‘People’s Home’.  However, conflicting political objectives and the advance of capitalism have arguably limited the potential of real equity between genders in Sweden.  In ‘Women and Government; New Ways to Political Power’ (1994), Mim Kelber presents Yvonne Hirdmam’s analysis of the welfare reforms as “gifts from the social democratic state to the wives and mothers of Sweden that provided them with better houses and easier lives.  But these reforms also had another purpose – they stimulated the economy by creating consumers with homes and incomes.”  Nowhere is this argument more evident than at Ikea, which recently opened in Belfast (2007) and Dublin (2009).   Now thousands of people across the island of Ireland flock to the stores everyday to experience Swedish design for better homes, one of the legacies of the Folkhem.

A new dialogical work by Irish artist Siobhán Clancy called 'Flatpack Feminism' asks what if solutions for reproductive healthcare could be shared and embraced as enthusiastically as good and accessible furniture design?  Across Ireland, abortion is criminalised.  In the south, the provision of information on services is restricted as abortion remains anti-constitutional due to a 1983 amendment. So what if we could access information on ‘The Swedish Model’ for home abortions as easily as we could read an instruction booklet for any DIY assembly?  By appropriating familiar visuals from consumer experience, Flatpack Feminism seeks to circumvent the restrictions on audiences in Ireland and generate conversation with our Swedish counterparts about ownership; how we maintain our bodily autonomy as we fend off privatization of our selves and our resources? What is the legacy of socialist democracy for gender politics in Sweden and its influence internationally in both sex and reproductive work? How do we overcome problematic histories of state-imposed control over the reproductive body, the results of which have been enforced sterilization in Sweden and in Ireland enabled the barbaric practice of symphysiotomy and the imprisonment in ‘Magdalene Laundries’ of unmarried women for the crime of getting pregnant?  How do we avoid the commodification of our values and our people?  What are useful strategies to achieve reproductive justice?  How could a feminist ethic of care enhance our wellbeing as a society and de-stigmatise abortion?

Launching on 4th December 2014, Flatpack Feminism will be on display as part of the group show 'Pack Up Your Troubles' at the Pannrummet Gallery, Skeppargatan 98, Stockholm as part of AbortRättsFestival hosted by RFSU.  The exhibition also features work by Emma Campbell and Jamie Harper Mason from Northern Ireland.   The public is invited join the artist in dialogue on the themes outline above and more on Saturday 6th December 2014 from 11am until 4pm at Pannrummet Collective Gallery, Stockholm.  For anyone who wants to get creative, Siobhán will also facilitate the making of some DIY Patches as we talk – a traditional anti-capitalist intervention in fabric.  On Sunday 6th December, a short film on the making of Flatpack Feminism will be screened as part of an all day screening event for AbortRättsFestival.
For more details go to: http://www.rfsu.se/sv/Om-RFSU/Press/Pressmeddelanden/2014/Valkomna-till-RFSUs-abortrattsfestival--releasemingel-for-OTTAR/.
Check out the Facebook event link at http://facebook.com/events/350697041769379

Acknowledgements:
Concept, Design and Layout by Siobhán Clancy
Photography by Cathie Doherty
Performed by Siobhán Clancy & Madeleine Johansson
Supported by RFSU and presented at AbortRättsFestival 2014 in Pannrummet Collective Gallery, Stockholm in commemoration of the 40th anniversary of the legalisation of abortion in Sweden
This project has been made possible through a kind donation by Emma Hernborg
Special thanks to Emilie Weiderud
Posted by Siobhan Clancy at 08:20 No comments:

Siobhán Clancy’s artistic practice explores models of socialization that impact on individual wellbeing in contexts of health, disability, education, women and young people.  She is a founding member of Abortion Rights Campaign in Ireland and, following a BA in Fine Art, recently completed a Masters in Community Education, Equality and Social Activism at Maynooth University, Ireland.  Her practice-based MA Thesis was entitled ‘Enda, we need to talk about abortion: Reframing Abortion Discourse through Dialogical Arts’.

In the past, her work has been supported by Derry City of Culture with Void Gallery (2013), Dublin City Council Arts Act Grant (2010), The Arts Council and Create (2009). Other awards have included residencies with DIY 10 – Lancaster, GB (August 2013), Disposable Film Festival - San Francisco, USA (March-May 2012), art@Work - Boyle, Co. Roscommon (June-September 2011), Helium Children’s Arts and Health (2009-2012), National Council for the Blind of Ireland (2008-2012) and ArdBia - Berlin, Germany (Dec 2009-Jan 2010).  In addition to other studies, Clancy has also completed courses in Arts, Participation and Global Development at CIT and Crawford College of Art and Theatre of the Oppressed at NUIG with Alá Theatre, Galway.
Posted by Siobhan Clancy at 09:30 No comments: